Is Jesus Who the Bible Says He Is? 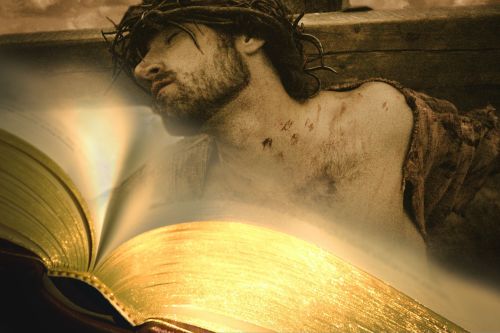 For I delivered unto you first of all that which I also received, how that Christ died for our sins … And that he was buried, and that he rose again the third day according to the scriptures (1 Corinthians 15:3-4)

Suppose someone suggests to you, in a conversation:

1. How do I know for sure that Jesus is Who the Bible says He is?  After all, most of what we know about the historical Jesus is what is written in the Bible about Him.

2.  Is there any kind of proof that I am obligated to recognize about Jesus, other than the Bible itself?  (In other words, is the Bible the only ‘witness’ that Jesus is Who the Christians claim He is?)

3. How do I know that the Bible itself is really true, i.e., that it is both authentic (as opposed to corrupted by many errors that occurred as part of the handwritten copying process) and accurate (as opposed to infected by mistaken impressions or memories or unreliable hearsay by those authors who composed it years after the events), as a record of Who Jesus is/was?”

How would you reply?

Secondly, there is proof that one is obligated to recognize about Jesus outside the Bible itself.  The empty tomb is proof.  All other leaders of religious movements have died and have been buried and people can visit their graves, but Jesus’ tomb is empty.  I have been told that there are at least seven possible sites around Jerusalem where Jesus may have been buried, but they all have one thing in common – they are all empty.  Jesus rose from the dead just as He said He would, and the empty tomb is proof that He did.  This fact could have been easily debunked early on.  All it would have taken was for the religious leaders of that time to drag Jesus’ body out of the tomb and parade it around for all to see; but they could not because the tomb was empty.  Skeptics have gone to great lengths to attempt to prove His resurrection as a hoax, but they are the ones that have come away looking foolish.  Just recently an ossuary was supposedly discovered in Jerusalem that was supposed to have contained the bones of Jesus.  Inscribed on the ossuary in Hebrew script were the words “Jesus Bar Joseph” – Jesus son of Joseph.  The ossuary was quickly exposed as a forgery making the claimants look foolish indeed.  The proof for Jesus is His empty tomb.

Finally, we can know that the Bible is true by the truth it reveals in matters of history and science.  Although the Bible is not intended to be a textbook on history or science, it is nonetheless historically and scientifically accurate.  For years, archaeologists have used the Bible to locate ancient sites mentioned in its text.  Ancient civilizations mentioned in the Bible, like the Hittites, thought at one time not to have ever existed have been discovered just as the Bible says.  Historical figures, like Belshazzar mentioned in Daniel 5, were once touted as biblical fallacies until recent archaeological discoveries, like the Nabonidus Cylinder, were found with those names inscribed on them. Likewise, science has been unable to refute the Bible on scientific grounds.  The Bible proclaimed that the earth was a sphere before anyone had circumnavigated the globe or witnesses an “earthrise” from the surface of the moon. (Isaiah 40:22).  The Bible claimed that the earth was “hung on nothing” before man ever escaped the bounds of the atmosphere and navigated the emptiness of space (Job 26:7).  The Bible said that there were “paths in the seas” long before the ocean currents were ever mapped (Psalm 8:8).

More incredible than the Bible’s historical and scientific accuracy, is the accuracy of its prophecies.  The Bible contains numerous prophecies in the Old Testament that were fulfilled in Old Testament times.  Some of these include God’s promise to Abraham to make of him many nations  (Genesis 17:4-5); the children of Israel would be slaves for 400 years (Genesis 15:13); much later they would be carried away captive to Babylon (Jeremiah 13:19) for 70 years (Jeremiah 25:11-12).  Arguably, these could be taken as fabrications after the fact – they are not—but even more impressive are the prophecies concerning Jesus.

There are over 300 prophecies in the Old Testament concerning Jesus.  Many of these prophecies deal with His first coming, and the remaining deal with His second coming.  The Bible says that Jesus would be born of a woman (Genesis 3:15; Isaiah 7:14); He would be a descendant of Abraham (Genesis 18:18; 22:18), Isaac (Genesis 26:4) and Jacob (Genesis 28:14); He would be of the tribe of Judah (Genesis 49:8-10); He would be a descendant of David (2 Samuel 7:16; Psalm 2); He would be born in Bethlehem (Micah 5:2); He would be brought out of Egypt (Hosea 11:1); minute details of His crucifixion were predicted long before crucifixion was known (Psalm 22; Isaiah 53); His resurrection (Psalm 16:10), and many others.  It has been estimated that the probability of one man fulfilling only 8 of the prophecies ascribed to Jesus would be 1 in 1017 (1 followed by 17 zeros), and yet, Jesus fulfilled all of the prophecies concerning His first coming.

There is left the question regarding the integrity of the transmission of the biblical texts.  The Dead Sea Scrolls have removed any doubt about the integrity of the Old Testament.  As for the New Testament, we have over 5000 manuscripts (whole and in fragments), some dating as early as the beginning of the second century.  These manuscripts have been examined and found to be consistent with our current Bible.  In the few instances where variances do occur, they are usually minor and never have there been any variances found that raise a question of doctrine.  Aside from that, there are many extra-biblical writings that quote directly from the New Testament so that if all copies of the New Testament were lost, most of it could be reconstructed from these alone.  There is nothing in existence today of ancient writings that is so well documented and so well preserved as the text of the Bible.  The Bible is trustworthy, and what it says about Jesus is true; the question is whether you are willing to trust what it says and submit to the Lord it proclaims.