For I know this, that after my departing shall grievous wolves enter in among you, not sparing the flock.  (Acts 20:29)

Paul was not speaking prophetically when he uttered these words to the leaders of the Ephesian church.  He was very much aware of the work of the Judaizers who tried to make Jewish legalism a prerequisite for salvation.  Then there were the Gnostics who denied the humanity of Christ, and who taught that the flesh was inherently evil and would eventually perish, but the spirit was good and would eventually be saved.  Therefore, they could sin in the flesh without harming the spirit.

Yes, Paul was familiar with these wolves that went about attacking the flock.  He knew that the Ephesians would not be immune to their attacks unless they were prepared in advance for the onslaught that was sure to come.  Therefore he warned the Ephesian leaders, “Take heed therefore unto yourselves, and to all the flock, over the which the Holy Ghost hath made you overseers, to feed the church of God, which he hath purchased with his own blood” (v. 28).  Paul knew that the best defense against false teachers was a well-fed “church of God” that was well nourished on the Word of God.  The psalmist expressed it this way: “How sweet are thy words unto my taste! yea, sweeter than honey to my mouth!” (Psalm 119:103).

Apparently the Ephesians learned their lesson well.  As our Lord addresses the Ephesian church, He offers these words of praise:  “I know thy works, and thy labour, and thy patience, and how thou canst not bear them which are evil: and thou hast tried them which say they are apostles, and are not, and hast found them liars: And hast borne, and hast patience, and for my name’s sake hast laboured, and hast not fainted” (Revelation 2:2-3).  However, in their zeal to combat false apostles, they left their first love (Revelation 2:4).  We need to learn how to defend against the savage wolves, but we should never lose focus of our first love, the Lord Jesus Christ.

Comments Off on Savage Wolves 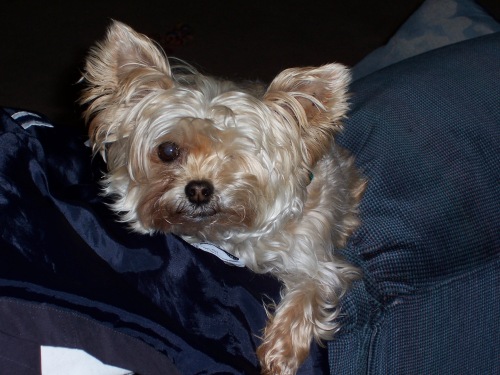 And in that day will I make a covenant for them with the beasts of the field, and with the fowls of heaven, and with the creeping things of the ground: and I will break the bow and the sword and the battle out of the earth, and will make them to lie down safely. (Hosea 2:18)

About two months ago I wrote about our little dog Tina in my article “Doggie Heaven.” At that time her obvious declining health helped prepare us for the inevitable. I wrote the piece with a heavy heart, and with a rather hopeless feeling that this would be the end forever. Like many people, I believed that only humans are immortal (in essence) because, after all, we have been created in the “image of God” (Genesis 1:26). Animals are God’s creatures, and He cares about them, but they do not bear the Imago Dei. That remains a true statement, but I have come to the conclusion that my former belief that only humans have an eternal soul is false.

Shortly after posting that article, a very good and respected friend gave me a book by Gary Kurz to encourage me as I walked though this “valley of the shadow of death.” In the book, Cold Noses at the Pearly Gates, Kurz walks us though Scripture and demonstrates, through Scripture alone, that animals do indeed have eternal souls, and they do go to heaven when they die. This assurance made my heart glad because it was the conclusion to which I was coming on my own. I cannot possibly cover every aspect in this short post that Kurz takes an entire book to cover, but the concept, when you seriously think about it, is very simple.  When God completed His work of creation, He said it was “very good.” There was no sin in the world, neither was there any death. (This fact should make Christians reject evolution in any way, shape or form. Death is NOT “very good.”) Every creature having the “breath of life” (Hebrew: ruach) was meant to live forever. Death is the enemy (1 Corinthians 15:26); therefore death could not be part of a “very good” creation. But through man’s sin, death entered the world (Romans 5:12) and the whole creation was affected (Romans 8:22). Animals suffer the curse of death even though they are innocent of sin. This is why animals were slain from the very beginning (Genesis 3:21) to atone for the sins of man – innocent blood was required. But the blood of animals cannot atone for the sins of man (Hebrews 9:12), only the sinless blood of the Lamb of God could atone for our sins. Jesus died for the sins of man. He did not die for animals, because they did not sin. In time, He will make all things new (Revelation 21:5). When He does, all those sparrows who escaped not His notice when they fell, will fill the New Heavens and New Earth, and so will all His other creatures as the prophet said (Isaiah 11:6-9; 65:25). All those animals in whom is the “breath of life” will live again.

Last weekend, our little Tina fought for every breath. Early Saturday morning, in the middle of the night we took her to the animal ER thinking that we might have to put her down that night. The vet gave her some injections to help her discomfort and sent us home. Later that morning, Tina was not doing any better, it seemed, so we took her in to our regular vet. He diagnosed her with bloat and prescribed barium to help relieve the gas and Benadryl to help with her breathing. But that did not help either, and she continued to struggle for every breath. Poor baby was so tired, but she had to hold herself up in order to breathe, and could not lay down to sleep or rest. It was such a pitiful sight to watch her sit in the middle of the floor, head drooping down trying to sleep but unable to. That night we propped her up with towels and medicated her so she could rest. The next day, Sunday, was another day of fighting for every breath. Monday morning came and we took our baby to the vet one last time. We came home without her. I held her in my arms as the vet administered the fatal injection, and as I watched her ruach leave her little body, I wept uncontrollably – we both did.

Almost a week has gone by, and there is not a day that goes by that we don’t think about her. She was just a little dog, but she left such a big hole in our lives. The book my friend gave me, Cold Noses at the Pearly Gates, has given me the assurance that even though she is gone for now, she is not gone forever. We will see her again. And she’ll have both eyes!

Not Guilty As Charged 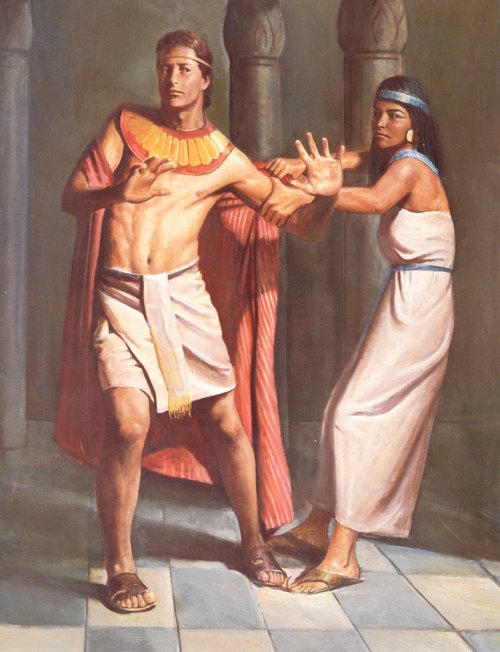 And Joseph’s master took him, and put him into the prison, a place where the king’s prisoners were bound: and he was there in the prison.  (Genesis 39:20)

Trouble seemed to follow Joseph.  Granted, some of it he brought upon himself, for instance: “And Joseph dreamed a dream, and he told it his brethren: and they hated him yet the more” (Genesis 37:5).  The dream prophesied that Joseph would rule over them and they would bow down to him (Genesis 37:6-7), “And they hated him yet the more for his dreams, and for his words” (Genesis 37:8b).  This was probably not the best way to win friends and influence people!

But not all of Joseph’s problems were self-inflicted.  “Now Israel loved Joseph more than all his children, because he was the son of his old age: and he made him a coat of many colours.  And when his brethren saw that their father loved him more than all his brethren, they hated him, and could not speak peaceably unto him” (Genesis 37:3-4).  Eventually, Jacob’s sons conspired to kill Joseph (Genesis 37:18-20), but Ruben intervened to save him (vv.21-22).  The brothers, then, resorted to plan B, and sold him to a band of Ishmaelites on their way to Egypt.  Joseph was then sold to Potiphar, Pharaoh’s captain of the guard.

Joseph’s managerial capabilities were soon noticed by Potiphar who made him chief steward of his household (Genesis 39:3-4).  The problem was that Potiphar’s wife also took notice of Joseph, but she was not interested in his management skills (v. 7).  Joseph’s integrity was greater than she could overcome, so she trumped up false charges of attempted rape against him (vv. 10-18), and poor Joseph ended up in prison for doing what was right (v 20).  In spite of this setback, Joseph maintained his faith in God and his integrity, and quickly rose to the position of head trustee of the prison (vv. 21-23).

Of course, we know the rest of the story.  Joseph eventually rose to the rank of prime minister of Egypt and because of his position was able to save all of his family.  Joseph endured persecution from his own family and from strangers, and by his faithfulness proved the truth of the Bible:  “And we know that all things work together for good to them that love God, to them who are the called according to his purpose” (Romans 8:28).