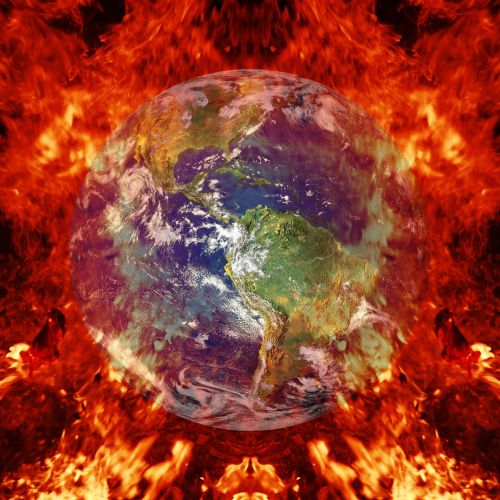 Reading often serves to feed the thought processes that inspire writing, but that has not been the case for me this past week. Instead, reading seems to have quenched the motivating fire to express in words ideas or thoughts that might encourage others. Indeed, what I have read combined with what I have witnessed in current events, have left me sapped and hopeless. I see no escape out of the tightening vortex that plunges our society, our nation and our world into greater and greater darkness.

I have been reading Mark R. Levin’s new book, The Liberty Amendments. I have no criticism of Dr. Levin’s work. He presents what to me seem to be some very rational and well thought out ideas for amending the United States Constitution to bring it back to the original intent of the framers. Dr. Levin proposes ten amendments and follows each with a detailed history of the debates of the framers contained in both the Federalist and Anti-federalist papers. Something that stands out to me and something that Dr. Levin overlooks, or for whatever reason fails to stress, is the fact that many of the framers looked to the Bible and to God’s direction in setting down what would become the law of the land. Dr. Levin takes the thoughts of these men, even though they themselves confessed their fallibility, to support the rationale for his proposed amendments.

I am a supporter of the TEA Party movement. I am in agreement with their basic tenets; however their proposals for reform are flawed in the same way Mark Levin’s are. They propose rational enough changes, yet in every point they exclude God from any part of the movement. Nowhere is it suggested that any of the changes they are seeking are right because God says they are right. So, the effort becomes a total humanistic and secular exercise that is doomed to failure. Even if it manages to take hold, even for a short time, it will soon crumble on its foundation of sand – the dust of human frailty. The psalmist wrote, “Blessed is the nation whose God is the LORD; and the people whom he hath chosen for his own inheritance” (Psalm 33:12). Even Benjamin Franklin, a deist, understood this. He said, “[T]he longer I live, the more convincing proofs I see of this truth—that God governs in the affairs of men.” Prior to the signing of the Declaration of Independence, James Madison, one of the framers and fourth president of the United States, warned, “A watchful eye must be kept on ourselves lest while we are building ideal monuments of renown and bliss here we neglect to have our names enrolled in the Annals of Heaven.” His words ring true today. It really does not matter how well thought out our plans for restoring our nation may be, if God is excluded from our plans, it is all for naught. In the words of the psalmist, “Except the LORD build the house, they labour in vain that build it: except the LORD keep the city, the watchman waketh but in vain” (Psalm 127:1).

Mark Levin, the TEA Party, and all who are concerned with the direction our nation is going are fervently seeking reform without consulting the Author of Liberty. They have become “fools [who] despise wisdom and instruction [from the Lord].” I omitted the first half of that proverb to make this very point. The alternative is to heed the beginning of that proverb that instructs us that “The fear of the LORD is the beginning of knowledge” (Proverbs 1:7). The word “fear” (Hebrew: yir’âh) means “fear.” It is not “reverence” (although that is a necessary part), nor it is a healthy “respect” (although that plays a part as well). Fear is “fear.” If the Almighty Creator can bring worlds into existence simply by His spoken word, should that not strike fear and awe into our hearts who are microbes in comparison to His vast created universe? If the Giver of Life breathed His breath of life into our nostrils and has the right and the ability to withhold that breath at His will, should that not bring us to our knees in thanksgiving for the life He has granted only by His mercy? If “He increaseth the nations, and destroyeth them: he enlargeth the nations, and straiteneth them again” (Job 12:23), should we not go to Him for counsel in restoring our fractured foundations? Should we not include Him in our plans?

As long as God’s voice is silenced, as long as His counsel is excluded, all efforts to change the course of this nation are doomed to failure. Frankly, I have no hope for the future of this nation – not as long as it is driven by the “wisdom” of frail and fallible men, and it really pains me to say that. There are many that suggest that we may be on the road to a new spiritual awakening – a great national revival; but my fear is that we have gone too far down the Romans 1 road. “Because that, when they knew God, they glorified him not as God, neither were thankful; but became vain in their imaginations, and their foolish heart was darkened. Professing themselves to be wise, they became fools … Wherefore God also gave them up to uncleanness through the lusts of their own hearts” (Romans 1:21-22, 24).  But in the words of the hymnist, “My hope is built on nothing less than Jesus blood and righteousness … on Christ the solid Rock I stand, all other ground is sinking sand.” Without the fear of the Lord, there is no hope for this nation.