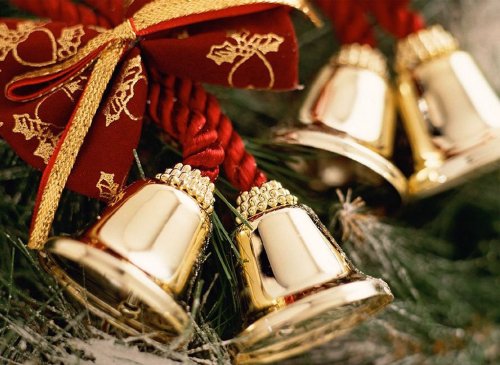 Glory to God in the highest, and on earth peace, good will toward men. (Luke 2:14)

Peace.  Such an elusive word.  So full of hope, and yet so seemingly unattainable.  The angels proclaimed “peace on earth, and good will toward men” as they announced the Savior’s birth that holy night.  There was no peace on earth at the time of that proclamation.  The Roman Empire was in control of a major part of the western world, and there was unrest in the land of Judea as one uprising after another was crushed by the heavy hand of the Roman legions.  Things then were not much different than what we see today – unrest in the Middle East, the constant threat of war, Korea bent on becoming a nuclear power, China vamping up her navy and playing havoc with the American economy, Europe on the verge of economic collapse.  There is no peace on earth.

Then peal the bells more loud and deep;
God is not dead, nor doth He sleep.
The wrong shall fail, the right prevail
With peace on earth good will to men.

A dear friend recently enlightened me to the fact that “Joy to the World” is not really a Christmas carol.  It is not about Christ’s first coming; it is about His second coming!  There will be no peace on earth until the King of Kings comes to reign over all of His creation.  At that time, it will be most appropriate to sing:

Joy to the world the Lord is come!
Let earth receive her king!
Let every heart prepare Him room,
And heaven and nature sing.
Joy to the earth! the Savior reigns!
Let men their songs employ;
While fields and floods, rocks, hills and plains
Repeat the sounding joy.
No more let sin and sorrow grow,
Or thorns infest the ground.
He comes to make His blessings flow
Far as the curse is found.
He rules the world with truth and grace,
And makes the nations prove
The glories of His righteousness,
And wonders of His love.

Writing almost 800 years before the first advent, the prophet Isaiah proclaims, “For unto us a child is born, unto us a son is given: and the government shall be upon his shoulder: and his name shall be called Wonderful, Counsellor, The mighty God, The everlasting Father, The Prince of Peace” (Isaiah 9:6).  The tiny babe Whose birth we celebrate this Christmas is the hope of peace for a troubled world and the realization of peace for those who know Him as Savior.  Let us find our peace in Him!