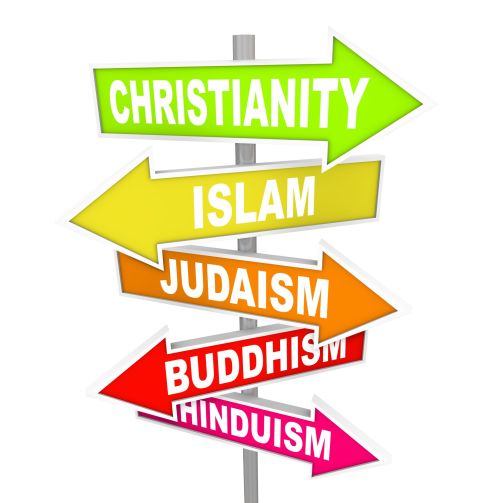 Pure religion and undefiled before God and the Father is this, To visit the fatherless and widows in their affliction, and to keep himself unspotted from the world. (James 1:27)

Not long ago, a couple of Mormon missionaries knocked on my door and attempted to engage me in conversation. Now, I understand that these kinds of conversations seldom lead anywhere, but I am not one to turn away such opportunities, so I engage. On this particular occasion, these “elders” (I think it’s cute these young men, no more than 18 or 19, call themselves “Elder” so-and-so), brought up the question of “Why are there so many religions?” By that, of course, they meant “Christian” religions. They pointed out that Jesus wanted all His followers to be united (John 17:11, 21-23) as one. I agreed and jokingly said, “I think all Christians should be Baptist!” They were not sure how to respond to that. They naturally wanted to make a case for the LDS church. Had I been serious in my quip, I would have been just as guilty as they in giving allegiance to a “brand” rather than to the “person” of Jesus Christ.

All world religions, including all Christian “denominations” are man-made and therefore subject to the fallacies of men, granted some more than others. So what is true religion? According to Dictionary.com, “religion” is:

Notice the emphasis on “practice,” “conduct,” “adherence,” and “ritual observance.” All religions designed by man employ some kind of merit system to gain eternal rewards for the adherents, but none offer any security for the same. Instead the adherent gets “Do your best and perhaps your good will outweigh the bad.” Frankly, I would find little comfort in that.

Jesus does not offer religion; He offers a personal relationship with the Creator. In our beginning verse above, James seems to confirm the usual pattern for man-made religion – care for the widows and orphans and keep yourself unspotted from the world. In other words, do all of the right kind of stuff, and you will have “pure religion.” One must understand that James was speaking to Christians. His instruction was not for the purpose leading one to heaven, but rather to demonstrate the life conduct of a person that is heaven bound. The fact that one is “born again” should result in altered behavior that demonstrates a changed life. This change in life should not be rote ritualism as suggested in the dictionary definition above, but rather, because of a new nature (Galatians 2:20), such behavior should “come natural” for the genuine believer. It should not be a forced act.

The old saying that “You can lead a horse to water, but you can’t make him drink” applies here. God has done all of the work of redemption, and He freely offers reconciliation to everyone who will receive it; but it must be received, and He will not force it on anyone. The choice is yours.

Comments Off on True Religion