Too Rich for Heaven 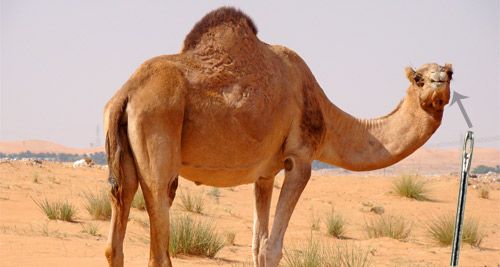 Let’s face it. With the possible exception of the homeless, many of whom are in that condition by choice, poverty – the third-world kind of poverty where people live on one bowl of rice a day, have only one change of clothes, no shoes and live in cardboard houses – in the United States does not exist. I have visited in homes of the “poor” here in America and found giant-screen TVs in their living rooms with play stations for their kids. They might not have the best food – usually as a result poor choices – but they are a long way from starvation. They may be “low income,” but they are not poor in comparison to third-world nations. They own several changes of clothes and shoes, and many of their vehicles sport shiny custom “rims.”

Affluence often erects an insurmountable obstacle to the Gospel here in America. Many people here in the U.S. are self-sufficient enough that they do not perceive their need for God. They get along fine without Him, so why should they give up their lifestyle to follow Christ who asks them to change their way of living?

Our verse above is taken from an account recorded in the three synoptic Gospels: Matthew 19:16-26, Mark 10:17-27, and Luke 18:18-27. Matthew points out that the man was young (Matthew 19:20, 22). Luke notes that he is a “ruler” (Luke 18:18), perhaps indicating that he significantly, or even solely supported the local synagogue. Such support would place him in a position of high leadership in the synagogue and in the local community. Jairus whose daughter Jesus raised from the dead is such an example (Matthew 9:23-26; Mark 5:35-43; Luke 8:49-56). Mark omits his youth and position, but focuses on his, perhaps, feigned homage in kneeling before Christ.

However, all three Gospel writers point out that the man was rich. In that culture, wealth indicated God’s favor, and was a source of false pride by those so blessed. Jesus often berated the religious leaders for overt exhibition of opulence in their giving of alms and offerings at the temple to be “seen of men” (Matthew 6:5; 23:5). No doubt this “rich young ruler” approached Jesus in a similar hypocritical, arrogant and prideful manner “saying, Good Master, what shall I do to inherit eternal life?” (Luke 18:18) Jesus saw right through him. By “good,” he meant “good like I am good.” “And Jesus said unto him, Why callest thou me good? none is good, save one, that is, God” (v. 19). In Texanese, what Jesus said was, “Boy, you ain’t so good. Only God is good.” Jesus went on to ask him if he “knew” the commandments (v. 20). “And he said, All these have I kept from my youth up” (v. 21, emphasis mine). He lied. No one can keep all of the commandments perfectly! James says, “For whosoever shall keep the whole law, and yet offend in one point, he is guilty of all” (James 2:10).

Jesus then gets to the heart of the matter. So, you really are good! “Yet lackest thou one thing: sell all that thou hast, and distribute unto the poor, and thou shalt have treasure in heaven: and come, follow me” (v. 22). The hidden sins kept the rich young ruler away from that which he sought – eternal life: the sin of pride, the sin of hypocrisy, the sin of selfishness, the sin of covetousness.  “But when the young man heard that saying, he went away sorrowful: for he had great possessions” (Matthew 19:22). He valued his stuff more than the riches of heaven.

In America, we suffer from the fatal disease of “affluenza.” “Fatal” because in many cases it resists the very source of eternal life. Affluenza blinds the victim from seeing “the way, the truth and the life” (John 14:6). Affluenza deafens the victim from hearing the Savior’s words, “I am come that they might have life, and that they might have it more abundantly” (John 10:10).

As Jesus watched the dejected young man walk away He said, “How hardly shall they that have riches enter into the kingdom of God! For it is easier for a camel to go through a needle’s eye, than for a rich man to enter into the kingdom of God” (Luke 18:24-25). Some suggest that a “needle’s eye” was a small opening in the bulwark of a city that would allow a camel to crawl through once the city gates were closed. I don’t think that is what Jesus meant here. If there were such openings in the in the city walls, a camel could enter even with difficulty, but so could attackers. No, I believe Jesus meant the eye of a “sewing” needle. That would indeed require a miracle for a camel to pass.

If your stuff matters more to you than following Jesus, then you are too rich for heaven.

Comments Off on Too Rich for Heaven