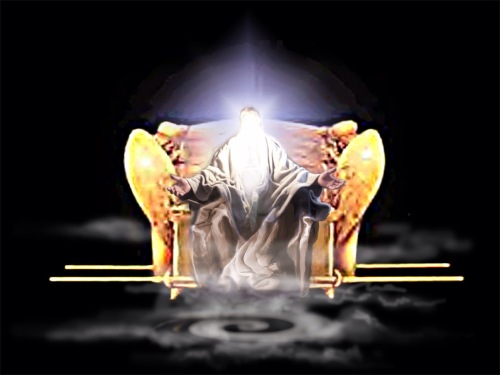 O man, who art thou that repliest against God? Shall the thing formed say to him that formed it, Why hast thou made me thus? (Romans 9:20)

Someone complained that God is unfair to send people to hell simply because they don’t know any better. She said, “I’ve recently hit a point where my faith is all but dead, not by will but by fear that the worst is true, that there is no God after all.” Her reasons for arriving at this conclusion are as follows: “It’s two-fold in that [1] God has never revealed Himself to me in ways that I was taught He would (Pentecostal background), and [2] more recently that I just cannot wrap my head around the idea of a God of ultimate love knowingly creating even one single soul knowing it was destined for eternal damnation. I question why God would create such a being, knowing beforehand the choices he would make.”

Her first reason, it seems to me, finds an explanation in her “Pentecostal background.” I see this problem with many Pentecostals because many (not all) are taught (if not directly then by inference) that God must reveal Himself in miraculous ways: speaking in tongues, healings, tangible answers to prayer, etc. The fact is that God is not obligated to reveal Himself to us in any way other than He has already done, i.e., through His creation (Romans 1:19-20) and through His Word (John 1:1-3, 14; Psalm 119:105; 2 Timothy 3:16, et. al.). Her Pentecostal background may also have something to do with her second issue against God in the Arminian soteriology of Pentecostals, which holds, in part, that a believer can “fall from grace,” and if they die in that condition, they will go to hell. So, Pentecostals must continuously “work out their own salvation” so as not to lose their salvation. That, in itself I think, might give one a tenuous grasp on their eternal status and sense of eternal security.

Her Pentecostal background may be the source of her sense of insecurity which she then projects on those whom she sees as victims of a merciless God. Why would God create humans knowing that He is going to send them to hell? Not only is God merciless, but she finds eternity in hell to be cruel and unusual punishment.  She said, “I am a pale imitation of God, an ignorant human born in a world of decay, yet to me the pain of one soul, any soul, even the worst example of humanity, is not worth the existence of this universe” (emphasis mine). Can you see what she has done? She made moral judgment against God and placed herself in a position of moral superiority above God. Though she is “a pale imitation of God,” she makes herself morally superior  to God because she would not cause pain even to the worst example of humanity. If she were in the place of God, she would not even create the universe, if even one soul would suffer eternal torment. Furthermore, God has no basis “to extend this eternal punishment further to those that fail to heed words in a book thousands of years old when other books tell their own versions (other religions).”

As I read her tirade, I distinctly heard echoes of Genesis 3:1-5: “Tssssssssssssssss! Yea, hath God said in the Bible? That book is so ancient. Those are just the words of men. What about all those other holy books? Aren’t they just as valid? Ye shall not surely die. If God is so loving, He wouldn’t send anyone to hell would He? And even if He did, surely He wouldn’t make someone suffer for eternity. If He does, then God’s not fair! Why should you follow a God like that!”

When we put ourselves in a position where we question why God made us the way He did, we in effect pass judgment on Him and make ourselves superior to Him because we are saying that we could have done it better. “Who art thou that repliest against God? Shall the thing formed say to him that formed it, Why hast thou made me thus? Hath not the potter power over the clay, of the same lump to make one vessel unto honour, and another unto dishonour?” (Romans 9:20-21 also Isaiah 29:16, emphasis mine). We are not in a position to question God’s motives in creating us as He did. We are not God. Humanly speaking, does not a creator/inventor of anything have the right to assign value to his/her creation/invention, and to decide how to dispose of it? By the same token, can we not allow the Creator to decide the “worth” of His creation and select what He will keep and what He will discard without our input? Let’s be fair here!

The fact is that God made us in His image (Genesis 1:27), and part of that image includes rational thought and the ability to make decisions and exercise our free will. Along with that comes the responsibility to assume the consequences for our decisions.  When God made Adam and Eve and He placed them in the Garden, He gave them one choice: eat of the tree of life and live, or eat of the tree of the knowledge of good and evil and die, i.e., be eternally separated from God (Genesis 2:16-17). God created Adam and Eve with a will and the ability to choose whether to obey or disobey God. Had God not given that choice, His creatures would be no different than any other animal, and they certainly would not have the “image” of God. The will and the ability to make choices is part of having the image of God. Without that, we are just animals.

Adam and Eve disobeyed God’s only prohibition (Genesis 3:1-6). Eve was deceived, but Adam disobeyed willingly (1 Timothy 2:14). That disobedience, whether willful or through deception, brought death upon all of God’s creation. Because of that original sin, all of mankind receives the curse of sin which is death (Genesis 3:19). Every human being is born “dead” – eternally damned – due to Adam’s original sin. We are not sinners because we sin; we sin because we are sinners. We are all in the same condition; there is no escaping it. How well informed or how misinformed one is has nothing to do with it.

Wherefore, as by one man sin entered into the world, and death by sin; and so death passed upon all men, for that all have sinned. (Romans 5:12)

And you, being dead in your sins and the uncircumcision of your flesh, hath he quickened together with him, having forgiven you all trespasses (Colossians 2:13)

And you hath he quickened, who were dead in trespasses and sins … Even when we were dead in sins, hath quickened us together with Christ, (by grace ye are saved;) (Ephesians 2:1, 5)

This is the truth, and it is not going to change simply because it offends our sensibilities. It does not matter whether someone is duped by evolution, or whether they have not had the Gospel explained clearly enough for them to understand; the fact of the matter is that every human being that is born, is born “dead” because of sin. The penalty for sin is eternal death (separation from God) in hell.

However, this dead condition is not without resolution. God provided the way to eternal life through the death and resurrection of Jesus Christ. God makes Himself available to all who will seek Him. “For by [the free gift of] grace [i.e., unmerited favor] are ye saved through faith [Hebrews 11:6]; and that not of yourselves [even the faith to believe comes from God]: it is the gift of God: Not of works, lest any man should boast” (Ephesians 2:8-9). What God asks of us is not that difficult: “That if thou shalt confess with thy mouth the Lord Jesus, and shalt believe in thine heart that God hath raised him from the dead, thou shalt be saved” (Romans 10:9). “Neither is there salvation in any other [than Jesus]: for there is none other name under heaven given among men, whereby we must be saved” (Acts 4:12). “Jesus saith unto him, I am the way, the truth, and the life: no man cometh unto the Father, but by me” (John 14:6).

People like to quote John 3:16 because it expresses the love of God for the entire world, but two verses later it says, “He that believeth on him is not condemned: but he that believeth not is condemned already, because he hath not believed in the name of the only begotten Son of God” (John 3:18, emphasis mine). A choice has to be made. Because of Adam’s sin, we all begin from the point of “condemned already.” We all have the same choice: believe or disbelieve. Not choosing is actually choosing to disbelieve. And to remove any excuses, God’s creation testifies to His existence, “For the invisible things of him from the creation of the world are clearly seen, being understood by the things that are made, even his eternal power and Godhead; so that they are without excuse” (Romans 1:20, emphasis mine). God reveals Himself in His creation. Without exception, everyone has a choice.

The charge that God is somehow unmerciful and unloving dissolves in light of His personal intervention on our behalf. God’s grace and mercy was expressed on the cross of Christ. “The gift of God is eternal life through Jesus Christ our Lord” (Romans 6:23). God has given sufficient evidence in His creation to make man wonder about his origin and about the origin of the world around him. God says, “And ye shall seek me, and find me, when ye shall search for me with all your heart” (Jeremiah 29:13). God does not hide Himself. The fault is with man for rejecting the evidence God has provided and refusing to seek God. Jesus said that the way to destruction is broad, and many go that way; but the way to life is narrow and difficult to find, and very few find it (Matthew 7:13-14).

Answering the criticism of God sending people to hell: God created hell for “the devil and his angels” (Matthew 25:41), not for human beings. People choose to go to hell by not choosing God. God demonstrated “his love toward us, in that, while we were yet sinners, Christ [God in the flesh] died for us” (Romans 5:8, emphasis mine). What more could He possibly do and still respect our will and our right to choose? He could have made us animals, but He didn’t. He made each one of us unique, created in His very image. That is why He values us, and because He values us, He gives us the choice to either accept Him or reject Him. Because He cherishes us, He will not impose Himself on any one of us. But, if we reject Him, we make an eternal choice, but it is our choice. God didn’t create us for hell. Do you think for one moment that God has any desire to destroy His image! “The Lord is not slack concerning his promise, as some men count slackness; but is longsuffering to us-ward, not willing that any should perish, but that all should come to repentance” (2 Peter 3:9), but He respects our choice.

There you have it. Rather than criticize God for His methods with which we may disagree, why not simply submit to Him? He is God, and by definition, His way is right regardless of what we may think. “For my thoughts are not your thoughts, neither are your ways my ways, saith the LORD. For as the heavens are higher than the earth, so are my ways higher than your ways, and my thoughts than your thoughts” (Isaiah 55:8-9, emphasis mine). If we are truly concerned for those that are bound for hell, perhaps rather than criticizing God for His methods, we should be a light to show the way (Matthew 5:14).