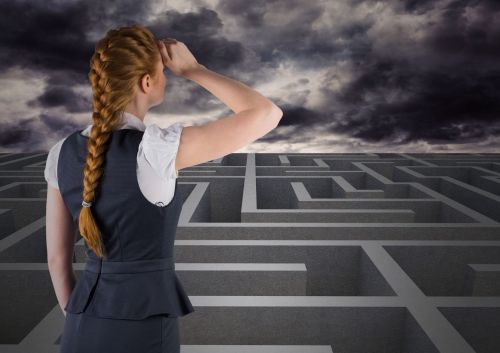 Knowing this first, that there shall come in the last days scoffers, walking after their own lusts, And saying, Where is the promise of his coming? for since the fathers fell asleep, all things continue as they were from the beginning of the creation. (2 Peter 3:3-4)

I admit it! I am expecting and am excited about the possibility of my Lord’s return in the very near future. I have written, on and off, about this in the past, but more often here lately.[1] Let me be clear; I DO NOT KNOW when Christ is coming back, and neither does anyone else. Anyone who even suggests that he or she knows the date of Christ’s return, should be viewed with a good measure of skepticism, but perhaps not altogether rejected. I believe that if it “sounds” plausible, according to Scripture, then I will watch and see if it pans out.

God gave the test for a true prophet. “When a prophet speaketh in the name of the LORD, if the thing follow not, nor come to pass, that is the thing which the LORD hath not spoken, but the prophet hath spoken it presumptuously: thou shalt not be afraid of him” (Deuteronomy 18:22, emphasis mine). God did not say to reject the message, but rather to watch and see if it happens. If it does not happen, then discount that one as a false prophet.

The popularity of end-times prophecy has increased over the last few years. I have been a “student” of end-times prophecy since the first time I read The Late Great Planet Earth by Hal Lindsey in the early 1970’s.  Hal Lindsey offered some “suggestions” about future events that did not come to pass, and he later had to make “adjustments” to his theories. However, Lindsey never made any dogmatic, “Thus saith the Lord” statements or set specific dates for Christ’s return. Rather, he offered his “opinions” based on his understanding of Scripture, and his perspective on world events. That does not make him a false prophet. He, like many of us, is obeying the Lord’s command to “Watch therefore: for ye know not what hour your Lord doth come” (Matthew 24:42, emphasis mine). Hal Lindsey, like many others, takes notice of the “signs of the times,” compares them to the prophecies recorded in Scripture, and attempts to discern the proximity of the Lord’s return. Jesus told us to do that! Sometimes he gets it right; sometimes he misses. There is nothing wrong with that. The prophet Daniel wanted to know more detail about the end-times, but he was told, “… thou, O Daniel, shut up the words, and seal the book, even to the time of the end: many shall run to and fro, and knowledge shall be increased” (Daniel 12:4, emphasis mine). That tells me that the nearer we get to that time, the clearer the signs will become. No one knows the time with absolute certainty, but I believe we can get a pretty good clue.

Recently a fellow blogger, whom I admire and respect, blogged about some who seem to be setting a date for the Rapture saying that their “presumption” is rooted in “pride.” These “stargazers” (I shall call them for lack of a better term) have made a “big deal” of an astral phenomenon that will take place over the skies of Jerusalem on September 23, 2017.  (I have written about this already so I will not go into detail here.)[2] On that date, according to the stargazers, there will be a conjunction of stars and planets that will form what appears to be the vision that John saw in Revelation 12:1-5. They use a software program called “Stellarium”[3] Because Stellarium allows the user to move backward and forward in time, they have verified (so they say) that this is a once-in-7000-year event. However, the accuracy of their claim is not without its detractors.[4] I have listened to several YouTube presentations[5] by these stargazers[6] and the common refrain I hear is, “I am not a date-setter;” however they do strongly suggest that September 23, 2017, is a good possibility for the Rapture. What I do not hear them say is that the Rapture will take place on September 23, 2017. That said, those who hear the message will hear what they want to hear. However, based on current world events and the convergence of other “signs of the times,” they make plausible arguments. I take the position of one who will watch and see. If nothing happens on that date, I will not be one to accuse these men of being false prophets because I have not heard them affirm, “Thus saith the Lord.” Like Hal Lindsey and others in the past, they only suggest the possibility.

To my friend the blogger I would say that I do not regard their “prediction” as “prideful” because they all understand very well that they could be wrong. Moreover, if they are right, and the Rapture does occur on that date, to whom will they boast? – “See! I told you!” There will be no boasting when they see Jesus. All I see in these men is that they are anxiously hopeful that Jesus will soon return, and I share that excitement.

By this time, you may be wondering about the title of this article. As I pointed out earlier, there is much talk these days about the Rapture and end-time prophecy. Sadly, I see pride on display with many end-time prophecy ministries. If I named them, you who follow such would recognize many of them. They all take positions that their view is the right one and others are “less informed” (as if they know). There is a camp that believes the Church will go through part or all of the Tribulation. (I used to think that was a possibility.) I will call them “Arapturists” for “no Rapture” These Arapturists reprimand those who hold to the pre-Tribulation Rapture for giving the Church the false hope of escapism rather than preparing the Church for facing the coming Tribulation. If they are right (and I do not believe they are), their concern is understandable. However, the “Pre-Tribers” complain that the Arapturists have become vicious in their attacks on them. Yet the Pre-Tribers attack the stargazers as false prophets (who are Pre-Tribers themselves). This they do without fully investigating the claims of the stargazers. To their credit, I have yet to hear a stargazer criticize the other camps. They merely present their arguments according to their understanding of Scripture knowing that there are other reasonable views. That is as it should be.

There is no place for prophecy snobs when it comes to end-times prophecy.  NOBODY KNOWS FOR SURE! As Christians, we all look forward to Christ’s return and His coming kingdom, but none of us has all the answers. I believe we all have a partial knowledge as Paul said in his first letter to the Corinthians. “For now we see through a glass, darkly; but then face to face: now I know in part; but then shall I know even as also I am known” (1 Corinthians 13:12, emphasis mine). That does not mean we should stop looking or become a scoffer (2 Peter 3:3-4).  Jesus said that we can “discern the signs of the times” (Matthew 16:3), and He provided many clues. Then He exhorted us to “watch” (Matthew 24:42). Surely, He would not have given that command, without giving us something for which to watch! There are lazy Christians that do not want to exert the effort to “watch.” Their source verse to support their laziness is, “But of that day and hour knoweth no man, no, not the angels of heaven, but my Father only” (Matthew 24:36, emphasis mine). I would remind them that Jesus said that in His earthly body that He purposefully limited (Philippians 2:7). He is now ascended to His throne at the right hand of the Father (Matthew 26:24; Mark 14:62; Luke 22:69; Romans 8:34; Ephesians 1:20; Colossians  3:1;  Hebrews 1:3; 10:12; 12;2, et al.). Given that, can we still believe that Jesus, being fully God, still does not know the time of His return! Nonsense! When John saw Jesus in the Revelation, he received “updated” information that he passed on to us. Our task is to study those things, consider all the possibilities, and WATCH!

[1] Look to the column on the right under the heading “Categories” and select the topics, “End Times,” “Second Coming of Christ,” or, in the “Search” box at the top of the column, type in the word “Rapture” or “Tribulation.”

[4]  Danny Faulkner, Astrophysicist at Answers in Genesis opines in this YouTube video: https://www.youtube.com/watch?feature=share&v=DtMxiwCUBVY&app=desktop

[5]  The reader can go to http://YouTube.com and search for “Revelation 12 Sign”

[6]  On YouTube, look for videos by Robert Breaker, Steve Cioccolanti, Scott Clarke. These seem to be very sound in their teaching.