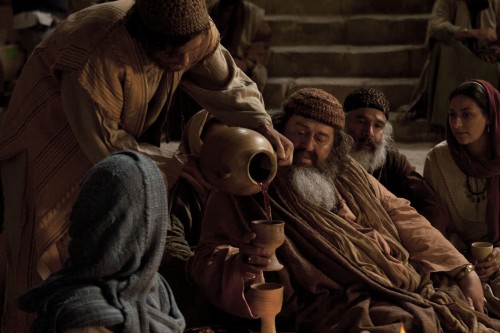 This beginning of miracles did Jesus in Cana of Galilee, and manifested forth his glory; and his disciples believed on him.  (John 2:11)

In the past few weeks, I highlighted the seven I AM statements spoken by Jesus as recorded in the Gospel of According to John.  These statements are significant because through them Jesus declared His divine nature. The reason John recorded seven (there may have been more, see John 20:30-31) was perhaps to show the completeness, or perfection of His deity. Seven is the biblical number for perfection or completeness.

Jesus not only proclaimed His deity verbally, He also demonstrated His deity by His “works.” “If I do not the works of my Father, believe me not. But if I do, though ye believe not me, believe the works: that ye may know, and believe, that the Father is in me, and I in him” (John 10:37-38). As in the seven I AM statements, John records seven major “signs” demonstrating Jesus’ deity. In truth, Jesus performed many miracles, so many, in fact, that John says, “And there are also many other things which Jesus did, the which, if they should be written every one, I suppose that even the world itself could not contain the books that should be written. Amen” (John 21:25, emphasis mine). These “works” or “signs” defy natural explanation and are “creative” in nature.

Dictionary.com defines a miracle as “an effect or extraordinary event in the physical world that surpasses all known human or natural powers and is ascribed to a supernatural cause” (emphasis mine). Those who choose to reject God attempt to explain away miraculous events by natural means. When natural means fail to explain the miracle, they simply relegate it to myth. “Pretend it is not real, and maybe it will go away,” they think. Creation is a miracle. John tells us that “All things were made [created] by him [Jesus, the Word]; and without him was not any thing made that was made” (John 1:3). Arguably, this was the greatest of all miracles, but it is not included in the Seven Signs. Most likely this is due to the fact that no one witnessed this event. The Seven Signs recorded by John specifically testified to Jesus’ deity to those who witnessed Him during His earthly ministry. “Every one of the miracles shows how the created order submitted itself to Jesus’ authority.”[1]

According to John, the first sign Jesus performed was to turn ordinary drinking water into very fine wine (John 2:11). By this time in His ministry, Jesus had overcome Satan’s temptation in the wilderness recorded in the Synoptic Gospels and chosen His twelve apostles. He traveled up to Galilee to begin His mission. There in Cana of Galilee (distinct from Cana of Ephraim), Jesus attended a wedding probably by invitation of His mother who helped host the party (John 2:1-5). Jewish wedding feasts lasted seven days, and this one was now into its third day (John 2:1). Either due to poor planning or over indulgence of the wine, a terrible faux pas took place; the wine ran out. “The lack of wine involved another embarrassment, in that it rendered the bridegroom’s family liable to a lawsuit. They were legally required to provide a feast of a certain standard.”[2]

Jesus’ mother jumped into action. She knew Jesus could take care of the situation, “And when they wanted wine, the mother of Jesus saith unto him, They have no wine” (John 2:3). Jesus’ response at first seems terse and somewhat lacking in the normal affection between a mother and son. “Jesus saith unto her, Woman, what have I to do with thee? mine hour is not yet come” (John 2:4, emphasis mine). While He did not call her “Mom,” the term “woman” was one of respect in the same way that we might say “Madam” or “Ma’am.” Jesus used same term when addressing other women like Mary Magdalene, the Samaritan woman, the woman caught in adultery, and others. However, it is noteworthy that He did not address her as “Mētēr” (Mother). As Son of God and Son of Man, and as her Creator and Savior, her place was now subordinate to Him.

Recognizing her proper place, “His mother saith unto the servants, Whatsoever he saith unto you, do it” (John 2:5). Jesus instructed the servants to fill six stone water pots with water. Each water pot held two or three firkins apiece (John 2:6).  A firkin equals to about seven and a half gallons, therefore, each water pot contained between 15 and 22 ½ gallons each. If we assume three of each size (two and three firkins), the total capacity would be around 113 gallons. That’s a lot of hooch!

“Jesus saith unto them, Fill the waterpots with water. And they filled them up to the brim. And he saith unto them, Draw out now, and bear unto the governor of the feast. And they bare it” (John 2:7-8). One must note that Jesus said no “magic words.” He did not get up and walk over to the water pots or come anywhere near their vicinity. He made no special gestures. Once the pots were full, He merely instructed the servants to draw some out and take it to the host. Only by His thought was the water transformed into wine. For God, this is no feat. On the first day of creation, He called all things into existence only by speaking the words, “Let there be,” and it was so.

Jesus demonstrates His deity by creating something new. Water is a simple compound composed of two Hydrogen atoms and one Oxygen atom. Wine, on the other hand, contains over 1000 different compounds as demonstrated in the image below.[3] 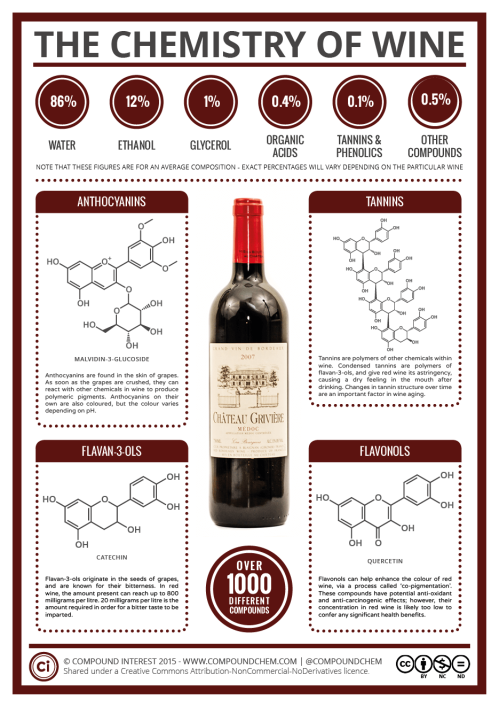 Where did all those different compounds come from? They do not occur naturally in fresh water. Even if that water had a high mineral content, those minerals would not exist in the proper proportions to combine into wine. No, this was an entirely new creation by the One who created it all in the first place (John 1:3).

The skeptic cannot explain this away. He might say that after three days of celebration, the host and guests were too drunk to tell the difference. If that is so, how can he explain the host’s reaction? “… the governor of the feast called the bridegroom, And saith unto him, Every man at the beginning doth set forth good wine; and when men have well drunk, then that which is worse: but thou hast kept the good wine until now” (John 2:9-10). No, this wine was better than the “good wine” served at the beginning of the festivities. Whatever God does always exceeds what man can do.

John reports, “This beginning of miracles did Jesus in Cana of Galilee, and manifested forth his glory; and his disciples believed on him” (John 2:11).  This first of Seven Signs recorded by John exclude some of Jesus’ greatest miracles: Creation, His incarnation, His own resurrection, but perhaps the greatest of all, He creates a new life in the heart of every believer. “But as many as received him, to them gave he power to become the sons of God, even to them that believe on his name: Which were born, not of blood, nor of the will of the flesh, nor of the will of man, but of God” (John 1:12-13).

[3]  A common distraction arises around this miracle over the alcohol content of the wine. Was the wine simple grape juice, did it contain a low level of alcohol, or was it fully fermented with heavy alcohol content? The question is irrelevant for two reasons. First, the host – the “governor of the feast” – proclaimed that it was better than what had been served at the beginning of the feast. Second, regardless of the inclusion or exclusion of alcohol, the end product was a thousand times more complex than the initial water, and that is precisely the point that should not be overlooked.

One response to “Jesus’ Seven Signs in John (1)”