A Day Is A Day 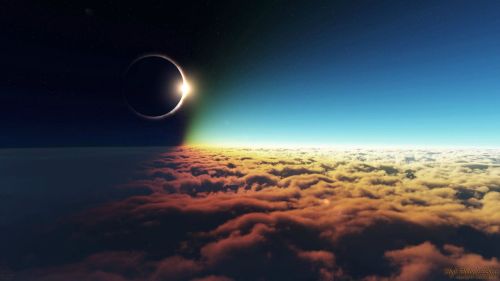 Evening and Morning Was One Day

For a thousand years in thy sight are but as yesterday when it is past, and as a watch in the night. (Psalm 90:4)

In a previous post, No Gap, I discussed the “Gap Theory” compromise of the biblical creation account.  The Gap Theory is only one of several compromises of theistic evolution.[1] Another popular compromise is the “Day-Age Theory.” This offshoot of theistic evolution maintains that God used long ages – billions of years – and evolution to create rather than the six literal days stated in the Bible. The Day-Age Theory attempts to stretch the days in Genesis 1into six long periods of undetermined time. “[The] ‘days’ of creation were interpreted figuratively as the ‘ages’ of geology.”[2]  In order to back up that assertion, the proponents of the Day-Age Theory will cite the psalm above or 2 Peter 3:8: “But, beloved, be not ignorant of this one thing, that one day is with the Lord as a thousand years, and a thousand years as one day.”

Besides the hermeneutical problems with this view, a logical dilemma arises that refutes any form of theistic evolution. To see this, one must have a clear understanding of who God is and what His attributes say about Him. To begin with, God is inconceivably great beyond anything the human mind can imagine. “For my thoughts are not your thoughts, neither are your ways my ways, saith the LORD. For as the heavens are higher than the earth, so are my ways higher than your ways, and my thoughts than your thoughts” (Isaiah 55:8-9, emphasis mine). Considering God’s “thoughts,” one of His attributes is that of omniscience; He is “all-knowing.” Hence, He innately knows all that can be known, and there is nothing He does not know. “Shall any teach God knowledge?” (Job 21:22). “Shall he that contendeth with the Almighty instruct him?” (Job 40:2). “For who hath known the mind of the Lord, that he may instruct him?” (1 Corinthians 2:16). Since that is so, why would God need to take billions of years to create by means of evolution, slowly developing from a single cell one thing, and then the next, and then the next, etc. until in the end He evolved man? That makes God out to be something of a mad scientist experimenting in a laboratory to see what He can come up with next. God does not need to experiment! God has nothing to learn; He has no need to practice. Besides all that, billions of years of evolution also involves billions of years of death. This is contrary to God’s nature. “In him was life; and the life was the light of men” (John 1:4, emphasis mine). God is concerned with life, not death. “The last enemy that shall be destroyed is death” (1 Corinthians 15:26, emphasis mine). If death existed before the completion of creation, God would have erred when He said that it was “very good” (Genesis 1:31). Besides that, death before the fall creates greater theological problems. (I deal with this issue in No Gap.)

Given that God is all-knowing and all-powerful, i.e., there is nothing impossible for Him, it is not unreasonable to believe the Genesis literal six-day account of creation. In fact, given His omniscience and omnipotence, He could certainly have created in an instant what He took six days to create.

Simple logic with a basic understanding of God’s nature refutes theistic evolution and the Day-Age Theory. Furthermore, these compromises fail when applying proper hermeneutical principals. A plain reading and understanding of the text of Genesis 1, as I explained in No Gap, precludes any possibility of long ages. The Hebrew word, yom, for day can only mean a normal 24-hour day. To further stress this point, God encapsulated the completion each creation day between the boundaries of “evening and morning.” There is no other way to interpret this narrative without pulling in from outside sources information not contained within the text. This system of hermeneutics is known as eisegesis – reading into the text what is not there.

The proponents of the Day-Age Theory in attempting to legitimize their compromise will cite 2 Peter 3:8 and Psalm 90:4, but when properly interpreted, in context, these passages speak of God’s eternal nature and have nothing to do with specifying time limits. God is not bound or limited by time; His transcendent nature places Him outside and inside of time simultaneously. Therefore, one day with Him is like one thousand years and one thousand years is like a day. Peter employs a literary device known as simile; otherwise he would have left off the “like.” Likewise Moses in his psalm says, “For a thousand years in thy sight are but as yesterday when it is past, and as a watch in the night” (Psalm 90:4, emphasis mine). But when God says He completed the work in one day, He means one day. So, why did He take six days to create rather than an instant? He created in six days and rested on the seventh day to set the pattern for our work week – six days of work, one day of rest. Have you noticed that the seven-day week is ubiquitous around the world? Furthermore, He wrote it in stone: “Remember the sabbath day, to keep it holy. Six days shalt thou labour, and do all thy work: But the seventh day is the sabbath of the LORD thy God: in it thou shalt not do any work, thou, nor thy son, nor thy daughter, thy manservant, nor thy maidservant, nor thy cattle, nor thy stranger that is within thy gates: For in six days the LORD made heaven and earth, the sea, and all that in them is, and rested the seventh day: wherefore the LORD blessed the sabbath day, and hallowed it” (Exodus 20:8-11, emphasis mine). The Hebrew word yom for “day” used here in the Fourth Commandment, is the same word yom used in Genesis 1. God was not talking about long ages when He gave this commandment, and He was not talking about long ages when He gave His creation account.

Another argument offered by the compromisers suggests that Genesis uses “poetic” language. This argument falls apart simply by comparing the narrative text of Genesis 1-4 with the literary style of parallelism employed in the Wisdom Books: Job, Psalms, Proverbs, Ecclesiastes and the Song of Songs (Song of Solomon). One does not even need knowledge of Hebrew to see the difference. So, claiming that Genesis 1 employs poetic language is a weak argument in support of a sad compromise.

No long ages fit into the narrative of Genesis 1. The Day-Age Theory compromises and weakens the Word of God. It is a diabolical instrument of Satan to create doubt for God’s Word, and disparage the very character and nature of God. There is no gap in Genesis 1, and there are no long ages. A day is a day, plain and simple.